'Stoic Swine’s art evokes the same sort of reaction in me as his performances as Blowdog; enamored revulsion. His performances, which we’ve described as “part art, part felony” are confrontational, dark, abrasive, fascinating, enthralling, and totally unique. The same can be said of the artwork he creates. His paintings toe the line of grotesque, in a way that makes you want to see more, not less...It is raw, honest, totemic, evocative, and I think, beautiful in it’s portrayal of the flaws and vices of man. Much like Blowdog on stage, it’s work you’ll either love or hate. There’s no middle ground. I, for one, love it.' 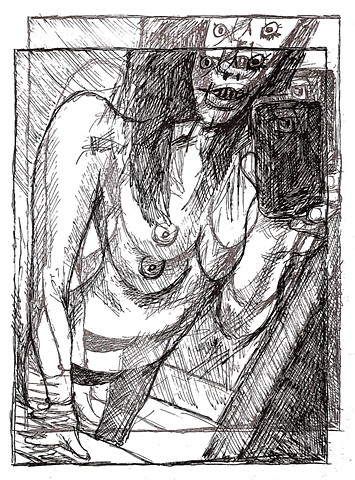