A collection of large graphite drawings created for Soot Covered Reverie, a three-person show installed at GARDENfresh gallery in June, 2007.

This body highlights perceived natures of 'god' and self. By placing gods or god-like creations in incongruous or earthly settings, Mr. Swine portrays the often conflicting relationship between divine power and individual understanding. Prevalent themes include: grappling with ultimate power, personal dualities, the life force of sexuality, shamanism and humanized imagery of god.

This graphic assemblage may be viewed as a mighty derivative of Stoic Swine's upbringing by a drill-sergeant-turned-minister father, in conjunction with his personal in-depth queries into spirituality and mortality, and synthesized through years of impulsive cocktail napkin sketches of cocks and gods. 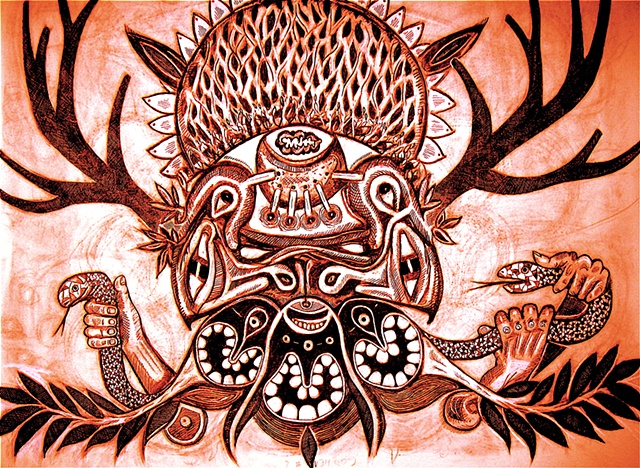 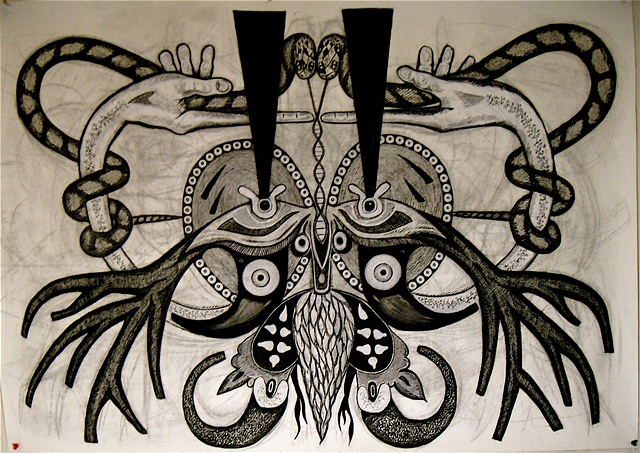 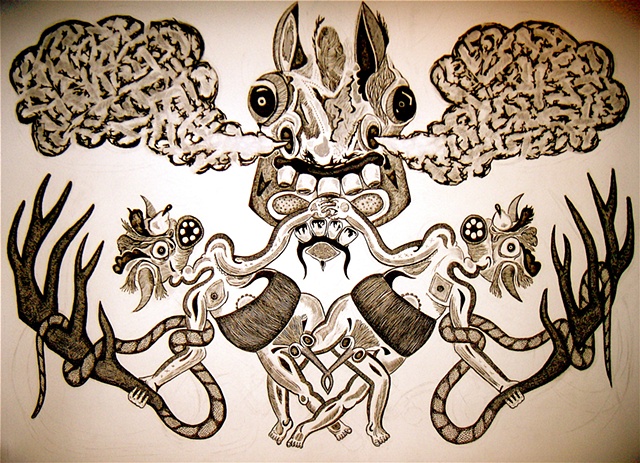 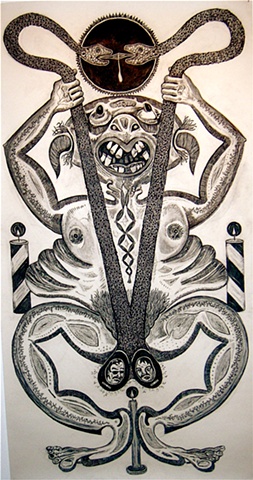 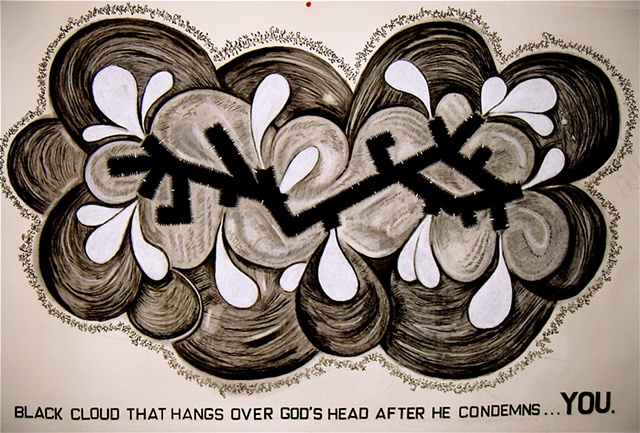 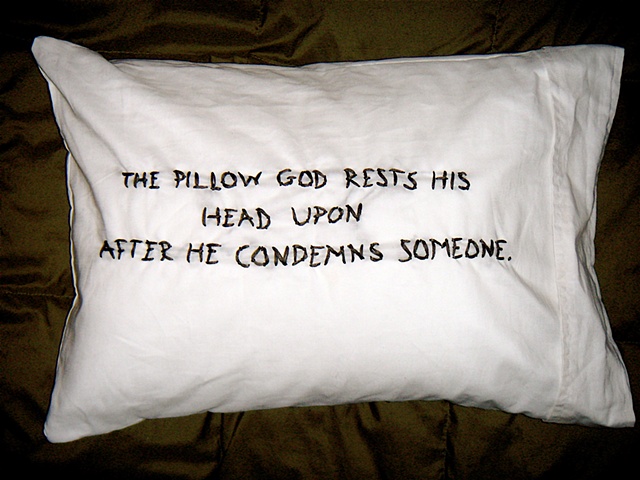 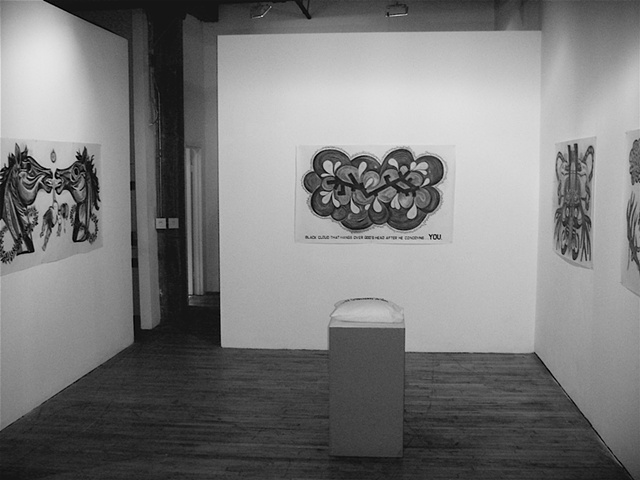 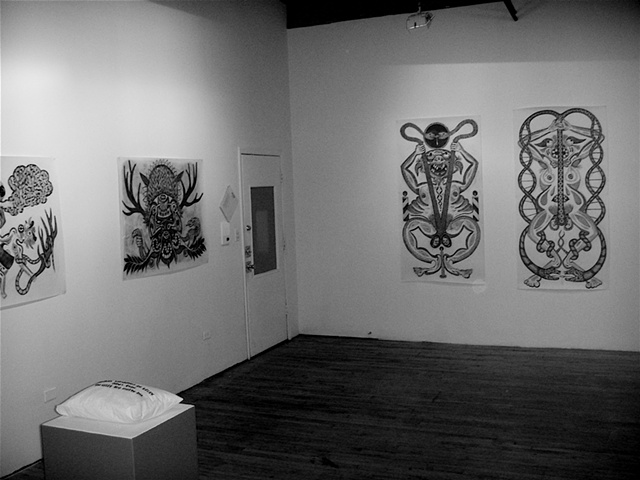